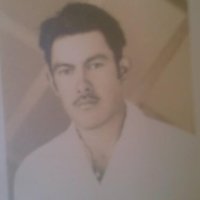 Marcial Herrera was born on October 9, 1928 to Juan and Theophila Herrera in Jimtown, CA. Marcial grew up in Canatlan Durango until the age of 20, He came to settle in Salinas, CA at the age of 20, where he met the love of his life Maria Herrera.

Marcial was predeceased by parents Juan, Theophila, siblings Socorro, Samuel and Miguel. He is survived by his wife, daughters, grandchildren and great grandchildren.

Anyone who knew Marcial knew that he was the most loving father, grandfather, great grandfather and husband a family could ask for.