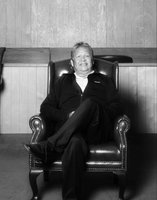 Antonio “Tony” Juarez Rojo passed away peacefully in his home on December 28, 2020 at the age of 61, in Salinas, CA. His battle with serious medical problems in recent years demonstrated his courage to face life's challenges with a smile. Despite the pain, Tony was a great warrior and he remained strong until the end.

Tony was a great comedian. He liked to tell his jokes and tell his anecdotes. He was a great cook, something that he could no longer do in his last years of life. His passion was being with his family, playing the guitar, singing and chatting on his social networks like Facebook.

He lived a life that is difficult for many to understand but simply in his own way. He is survived by his brothers and sisters Maria, Juana, Jesus, Juan, Osvaldo, Victor. His son Alfonso Hernandez and grandchildren. Along with his nieces who cared for him until the end.