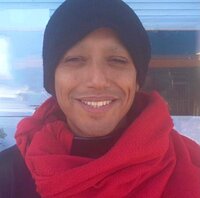 Joey was a very likeable, kind, giving, respectable and loving person with a soul as beautiful as his smile. Joey loved his family and always made sure they knew it. He adored his mother, Dolores Herrera and would always make sure to tell her that he loved and appreciated her. He was a very loving son and brother and will be deeply missed by all who were blessed to know him and will never be forgotten.

He is survived by his Mother, Dolores Herrera, brother, Oscar Herrera Jr., sister, Sylvia Herrera, nieces, Briana, Ashley, Jesi, and Marissa and nephews Daniel and Anthony. Along with numerous extended family. He was preceded in death by his Father, Oscar R Herrera Sr. and sister Mary Herrera Leal.

Cremation will take place without services, at his request.

2 Corinthians 5:8 - "We are confident, I say, and would prefer to be away from the body and at home with the Lord."