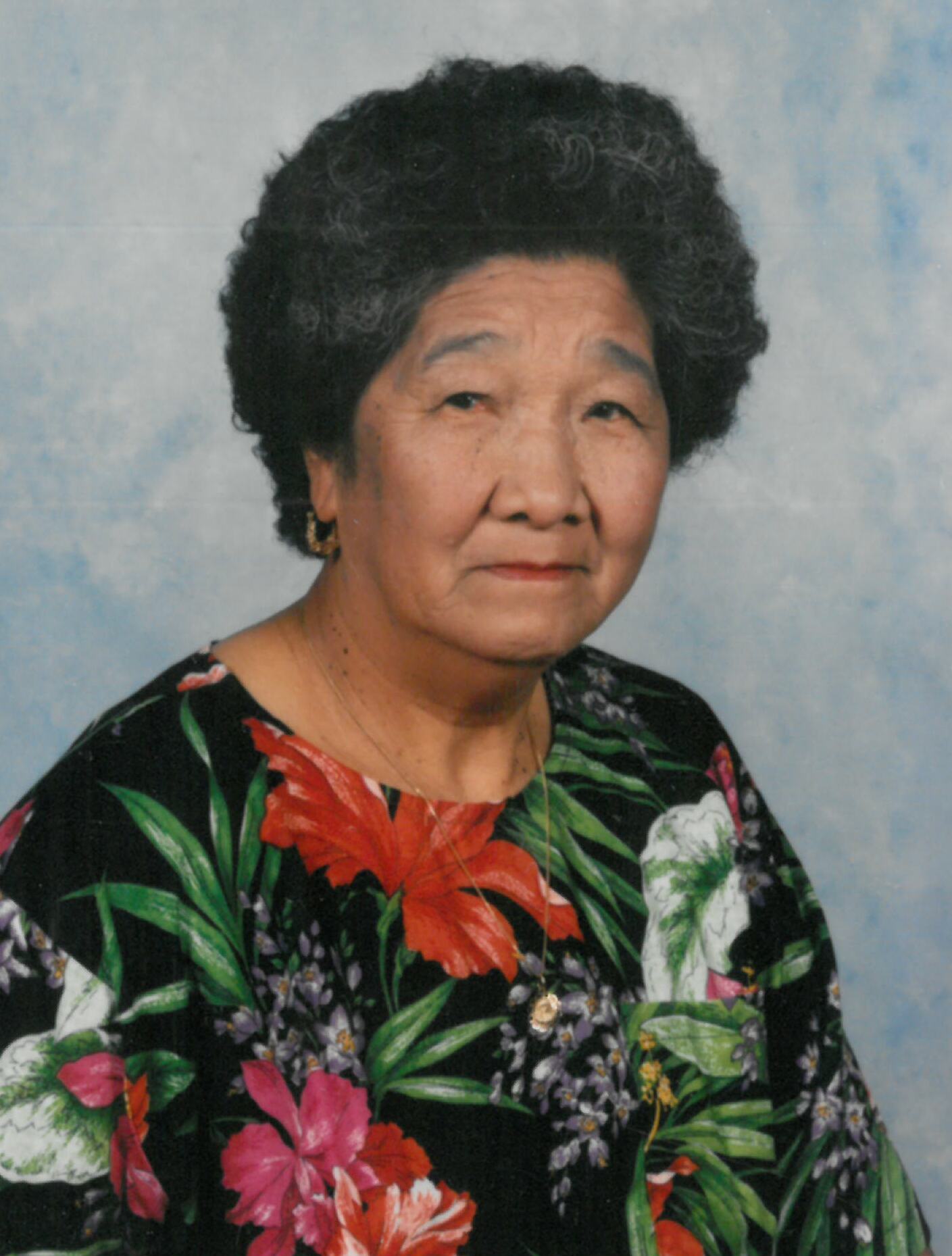 Loling Grande Gervacio of Salinas passed away peacefully in her home at the age of 94 on the 4th day of August surrounded by her loved ones. Mrs. Gervacio was born in Aduas, Paniqui of Tarlac, Philippines and lived in Salinas for 38 years. She worked bunching onions in the fields of Salinas. After retiring, Mrs. Gervacio stayed at home raising grandchildren and great-grandchildren.

Mrs. Gervacio’s visitation with viewing will be from 1 to 5 p.m. with a Rosary Prayer Service at 3 p.m., August 16th, at Healey Mortuary.  On August 17th, Mass will be at Madonna Del Sasso Church at 10 a.m. followed by burial at Garden of Memories Memorial Park.