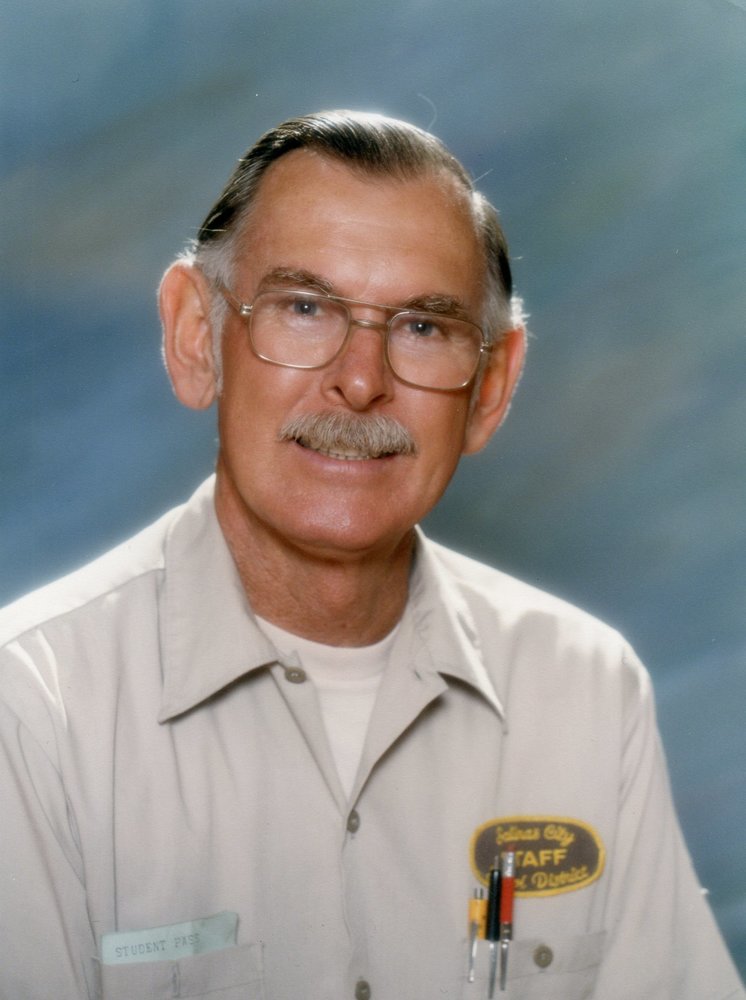 Donald Joseph Willis, 90, of Salinas, passed away on Wednesday, September 11, 2019.  Born November 20, 1928 in Tulsa, Oklahoma to Blanche and Joe Willis. He moved to Salinas, Ca, when he was a young boy and graduated from Salinas High School in 1946. After high school, he enlisted in the United States Navy for two years and served to the end of WW2.

Don was married to the love of his life, Jean, for 68 years.  Residing in Salinas, he raised two children, Paul and Rick.  He retired from the Salinas City Elementary School District maintenance department I 1990.  In retirement, he enjoyed woodworking and traveling across the county.

He is preceded in death by his wife Jean, his parents Joe Willis and Blanche Sowersby, stepmother Doreen Willis, his brother Jim and granddaughter Susanna. He is survived by his children, Paul of Salinas, Rick of El Dorado, his grandchildren Donald and James, and his brother Ed Willis of Pella Iowa.

Services will be held at a later date.

To send flowers to the family of Donald Willis, please visit Tribute Store

Share Your Memory of
Donald
Upload Your Memory View All Memories
Be the first to upload a memory!
Share A Memory
Send Flowers