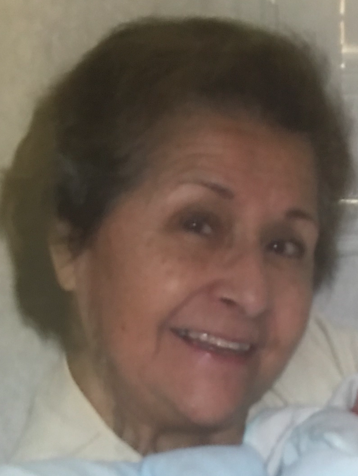 After a short illness, our beloved mother, Jennie Murillo Peralta 92, has passed into her eternal rest on Thursday September 26, 2019 at home with her family beside her. Jennie was born August 6th 1928 in Lompoc,CA to Roberto Murillo and Carmen Medina. Her family moved to Salinas when Jennie was a very young child. Jennie attended Roosevelt Elementary and Washington Middle school. She also attended Catholic school at Sacred Heart in Salinas. Jennie worked at most of the produce packing plants in the Salinas and Castroville areas during the mid 1940’s and Into the 50’s. After World War II, Jennie met and Married Joe Herrera Peralta in 1949. Jennie was preceded in death by her husband Joe of 68 years in 2017. Jennie is survived by her children, David (Mary)M Peralta, Jeannette M Peralta, Joe M Peralta and Mitchell M Peralta. She is also survived by her Grandchildren, Robert Peralta, Carl Peralta, Lisa Peralta, Leticia Peralta and Lydia Peralta. Including numerous great grandchildren and great great grandchildren.

There will be a Mass at Modonna Del Sasso Church at 320 E.Laurel Dr in Salinas on Saturday October 19th starting at 11:00AM. Immediately following there will be a celebration of life at The American Legion Post 31 Hall at 14 W. Laurel Dr Salinas.

To send flowers to the family or plant a tree in memory of Jennie Peralta, please visit Tribute Store
Saturday
19
October

Share Your Memory of
Jennie
Upload Your Memory View All Memories
Be the first to upload a memory!
Share A Memory
Send Flowers