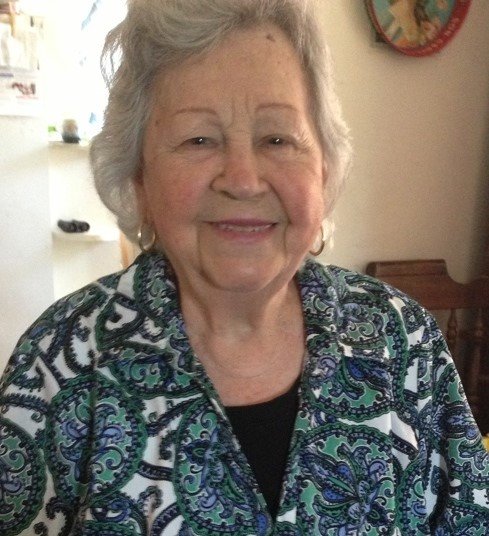 Elisa Garza Vega, 93, of Salinas passed away peacefully in her home with her son and daughter by her side on Wednesday February 5, 2020. She was born In Monterrey, Nuevo Leon, Mexico to Genaro and Martina Pena Islas. She was one of 11 children.
Elisa migrated to the United States in 1941 with her family for a better life and later became a citizen.
In 1942 she married her husband of 58 years, Antonio Vega. They went on and had 7 children together. They met and lived in Mission, Texas until 1966 when they moved to Salinas, Ca. In Salinas she worked at John Ingles packing shed for about 10 years until she decided to stay home and take care of her family. She enjoyed spending time with and feeding her family, tending to her garden and always had open door to family and friends. In 2017 she over came breast cancer. Elisa was a very kind and lovable woman, she had a great loving heart for everyone. She was always very stylish and always had her hair and make up done.
She was preceded in death by Husband Antonio Vega, Sons Jose Vega, Jorge Vega and Daughter Martina Ramirez
Survivors- Siblings: Evangelina Lopez of Reedley, Ca. Jorge (Linda) Islas of Orange Cove, Ca. and Ernesto (Angelica) Islas of Reedley, Ca.
Children: Oscar Vega, Maria (Edward) Amaya, Gilbert Vega of Salinas and Richard (Cynthia) Vega of Las Vegas.
Step Children: Antonio (Margaret) Vega Jr of San Antonio, Tx. and Gabriel (Gracie) Vega of Brownsville, Tx.
Elisa also leaves behind 21 grandchildren, 32 great grandchildren and 5 great great grandchildren.

To send flowers to the family or plant a tree in memory of Elisa Vega, please visit Tribute Store
Tuesday
11
February

Share Your Memory of
Elisa
Upload Your Memory View All Memories
Be the first to upload a memory!
Share A Memory
Send Flowers