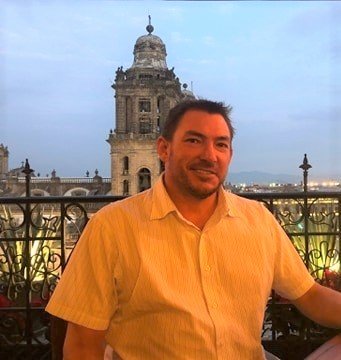 Justin Curtis Pryer, 42, of Salinas, California, passed away in his sleep on May 11th.

Justin, also known to many as “J.P.,” “Coach” or simply “Pryer,” was born at the Community Hospital of the Monterey Peninsula on July 3rd, 1977.  Justin was raised in Salinas, CA and attended K-8th grade at Spreckels Elementary School with his brother Ryan following a grade behind him. After Spreckels Justin decided to attend Palma High School where he met many of his lifelong friends. A true competitor, Justin excelled in football, wrestling and track.  Football was the sport that would remain his passion through adulthood.

After high school, Justin attended Monterey Peninsula College where he also played football for the Lobos. During this time, Justin assisted with football camps that benefited Monterey County’s youth.  After MPC, Justin attended Cal Poly, San Luis Obispo where he joined many of his close friends. Continuing his passion for sports, Justin played for the Cal Poly Rugby Club. Graduating with a Bachelor of Science in Construction Management, Justin returned to the Salinas area working for a civil engineering company.

Justin decided to pass along his passion for football as a junior varsity assistant football coach at Palma High School. During his 4 years of coaching at Palma, the teams won 4 straight MLB championships.  Justin’s coaching legacy will forever live on in the many young adults who would come up to him and address him as “Coach J.P.” years after.  It gave Justin great joy to hear how well they were all doing.

Leisure time was spent in activities such as golf, hunting, fishing, snowboarding, football games and of course, fantasy football.  Justin loved a good road trip and a party wasn’t the same without him.

Justin enjoyed his career and excelled in completing numerous high-profile projects. His career brought him all over the country and the world including Nevada, Arizona, Texas, Utah and eventually Guam. While working in Guam, Justin met the love of his life Siriluk “Luk”.

After his work in Guam was finished, Justin once again returned to the Salinas area, this time with Luk. Justin and Luk were married in March of 2015 in Salinas and had celebration in November of that year, in Luk’s home country of Thailand. They bought a house in Salinas and lived there together with their dog Remington and later Pippen.

Justin is survived by his loving wife Siriluk Pryer, parents Larry and Patty Pryer, brothers Ryan and Michael Pryer, Sister Sara Pryer and Nephew Kenneth Pryer.  He will forever be remembered as a generous lifelong friend to all who knew him well.

To send flowers to the family or plant a tree in memory of Justin Pryer, please visit Tribute Store
Print
Share A Memory
Send Flowers