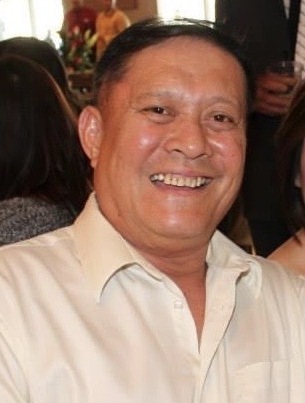 Jovencio “Ben” Reducto Limosnero of Salinas, California passed away on Sunday, August 30, 2020 at the age of 69. After several months of declining health, Ben died peacefully at home with his beloved family by his side.

Ben, the oldest of 10 children, was born in Lapu-Lapu City, Cebu, Philippines to Hermogenes and Demetria Limosnero. He attended Cebu School of Arts & Trade and the University of Southern Philippines where he was studying to be a Mechanical Engineer. He was unable to receive his degree because before graduating, he migrated to the U.S. in 1974 to join his parents for a better life.

During his life, Ben was a hard worker and was skillful with his hands. He worked for Kuhlman Electric, Yoder Brothers, and Absolutely Water Heaters to name a few. He also owned his own handyman business.

If anybody knew Ben, he was the life of the party! He absolutely loved to get together with friends and family, sing karaoke, crack hilarious jokes, and have a good time. He was also known for his delicious cooking. He will be remembered for his lively spirit.

Ben was preceded in death by his parents and by his sister Olive and Rufo Limosnero. He is survived by his wife of 29 years, Analie Limosnero; children Benji, Natasha, Jovan, and Ven Isaac Limosnero; granddaughter Chloe; brothers Alex, Lito, Herman, Nady; and sisters Cecilia, Gina,and Lorna.

Our family would like to thank and acknowledge all the healthcare workers involved in his care.

Those wishing to send flowers may also send them to Healey Mortuary.

To send flowers to the family or plant a tree in memory of Jovencio Limosnero, please visit Tribute Store
Print
Share A Memory
Send Flowers