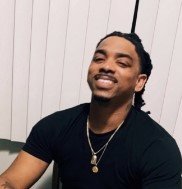 Shawn Aaron Brooks Jr. was born in Salinas, California to the proud parents of Kasey and Shawn Brooks. During his early childhood Shawn attended Loma Vista Elementary School where he made many lifelong friends. During his teenage years he attended Natomas High School in Sacramento, Ca and North Salinas High School in Salinas, Ca. Shawn was an extremely hard worker, and had many skills and talents, as he worked several jobs. He had many business goals and aspirations that he was about to embark on before his unexpected passing.

Shawn leaves with us many beautiful and funny memories. He brightened up the room with his magnetic smile. His favorite saying since he was a little boy was “bedah bedaaah...” He had all his family and friends saying “bedah bedaaah...” He knew how to give his loved ones a good laugh, that made your stomach hurt from laughing so hard. Shawn would do anything for his loved ones.

He is preceded in death by his Grandfather, Keith Lamb and Great grandmother Elijia Lee and James Hill

To send flowers to the family or plant a tree in memory of Shawn Brooks Jr., please visit Tribute Store
Wednesday
30
September

Share Your Memory of
Shawn
Upload Your Memory View All Memories
Be the first to upload a memory!
Share A Memory
Send Flowers