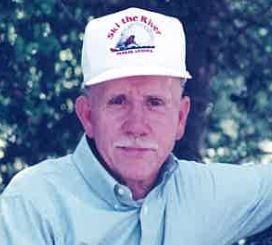 William Donald Ritchie, age 91, went to be with the Lord on October 4, 2020.  He passed away peacefully in Arroyo Grande, California.  Bill moved from his beloved town of Salinas in 2016 with his wife of almost 32 years, Ruby Ritchie.  Bill was born on May 1, 1929 in Maysville, Kentucky, and enlisted in the US Army as a Field Artillery Cannoneer.  He served with distinction in numerous assignments around the world, and served combat tours in both the Korean and Vietnam Wars earning the Bronze Star Medal, Legion of Merit, Army Commendations and numerous other Occupation and Campaign Medals throughout his career.  Bill retired honorably in Salinas, after 30 years of faithful service to his country, obtaining the rank of Sergeant Major.  Bill was never one to slow down as he joined the US Postal Service in 1979 and loved his job as a letter carrier for 13 years.  He finally retired in 1992 and took on the fulltime job of being a husband, father, grandfather, great-grandfather and friend.
Bill was known as “Papa Bill” to his family and all that were blessed to know him.  Papa Bill’s infectious loveable personality, quirky humor, willingness to help anyone and desire to make all that knew him laugh will be missed be everyone.  Papa Bill loved to travel the country with his wife and family, “tinker around” in his barn and explore every second-hand store he could find looking for that next treasure he could use to make playgrounds and knickknacks for his grandchildren.  Papa Bill loved his family unconditionally and was an inspiration and example to everyone that crossed his path.  He was a model man, father and grandfather to us all and shared his life’s lessons and most importantly “his life”.  Papa Bill will be missed, but also celebrated and remembered for his selflessness and love to all that knew him.
Bill is preceded in death by his parents and sisters and wife Kinuko. Bill is survived by his wife, Ruby Ritchie of Arroyo Grande, his stepsons, David King of Escondido; Brian King of Arroyo Grande. He is the proud grandfather of Stephanie King, Danielle King, Emily Wynn, Dava King, Owen King and Miles King, as well as one great grandchild Carter Wynn.  Bill will be greatly missed, but his love and memories will reside forever in our hearts.
Visitation will be held at the Healey Mortuary, 405 N. Sanborn Rd., Salinas, Wednesday, October 14, 2020 from 1-9 PM.
Graveside Services with Full Military Honors will be held, Thursday, October 15, 2020 at 11:00 AM at the Queen of Heaven Cemetery, 18200 Damian Way, Salinas.

To send flowers to the family or plant a tree in memory of William Ritchie, please visit Tribute Store

Share Your Memory of
William
Upload Your Memory View All Memories
Be the first to upload a memory!
Share A Memory
Send Flowers