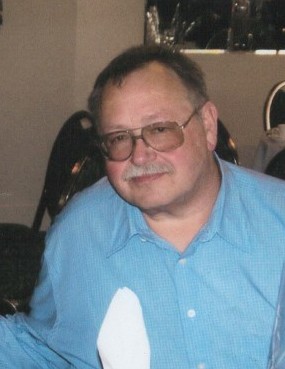 Ed was a lifelong resident of Salinas. He attended elementary, middle school and graduated from Alisal High School in 1973. He also attended Hartnell College.

He is survived by his mother Maxine Rogers, sister Janet Houser, aunt Jean Rogers and aunt Nancy Skidmore. Also, 9 cousins who were more like his siblings. Numerous step-nieces and nephews. He is preceded in death by his father, Edward L. Rogers, Sr., paternal and maternal grandparents, 2 aunts, 3 uncles and 2 cousins.

Eddie worked for 40 years as a dozer driver and was very conscientious of the work he did for the dairies in and around Los Banos, Merced and Chowchilla.

He enjoyed hunting when he was younger, music, history, horses, all animals (farm and domestic) and anything to do with agriculture. Mostly, he enjoyed people. He never met a stranger and he acquired so many friends throughout his life. Those friends became more like family. He had a great sense of humor and enjoyed joking and teasing with those friends/family.

We want to thank Dr. Robert Patton, Dr. Neal Rudo and the ICU Doctors/Nurses at SVMH And Deacon Tina Heidman for her spiritual care.

A very special thank you to the Drs., nurses, dietary and technicians at Davida Dialysis. In the last few years, you all took care of him and experienced his special brand of humor. You became his friends and by extension a family. (especially his forever friends Nita and Grace)

Cremation has taken place and a Celebration of Life will be at a later date.

Memorials may be made to: American Diabetes Association or St. Georges Episcopal Church –Deacons Fund (In Salinas).

To send flowers to the family or plant a tree in memory of Edward Rogers, please visit Tribute Store

Share Your Memory of
Edward
Upload Your Memory View All Memories
Be the first to upload a memory!
Share A Memory
Send Flowers