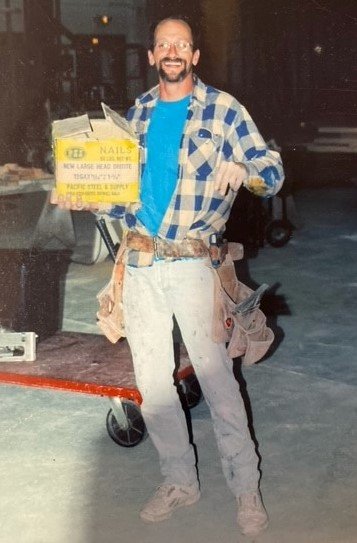 “Bob the Builder,” as he was known as skilled craftsman who spent his entire life in the construction and woodworking industry. He did everything from home remodels to custom furniture and cabinetry. Toward the end of his life, Bob spent many a days taking care of animals on a friends property in between his woodworking projects and he was particularly fond of SloBro, the 110 pound tortoise. Bob was an avid coin collector and was known for his sarcastic wit.

Bob’s greatest pride was his daughter Kathleen Elizabeth who he raised as a single father after her mother’s passing in 2004. Kathleen will graduate from Seaside High School June 1st and be attending Sonoma State University in the fall on an almost complete scholarship.

Bob was preceded in death by his father, Gary, and his mother, Marilyn.

He is survived by his daughter Kathleen Elizabeth Ambrosini of Seaside, CA and son Aaron Nottingham of Portland, OR as well as his granddaughter Giselle, 4.

To send flowers to the family or plant a tree in memory of Robert Grah II, please visit Tribute Store