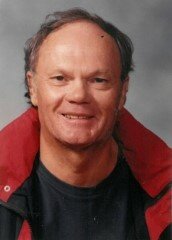 John Charles Dean, age 78, peacefully passed away in Salinas, California on Tuesday, August 31, 2021. He was born on May 4, 1943 in Seattle, Washington to Kenneth Dean and Jane Hendrix. John was a war baby as his father was serving in World War II and had been stationed in Seattle before being sent overseas. Growing up in Temple Terrace in Tampa, Florida, John graduated from Chamberlain High School in 1961. Following a family tradition, he played football and basketball in high school as well as taught swimming in the summers. After graduating from Chamberlain High School, he attended the University of South Florida, earning a Bachelor of Science degree in kinesiology.

His father moved the family to California in 1965, pulled by the high salaries teachers were being paid in the state. (California teachers made as much or more than Florida principals at the time.) After John and his family settled into Salinas, California, he attended San Jose State University and earned a Master of Arts degree in kinesiology. He moved to Southern California to teach English and coach high school sports in Blythe, California. Soon after moving to Southern California, he found a better position in Twentynine Palms, California, where he became a winning Junior Varsity football and basketball coach at Twentynine Palms High School.

In 1972, he met and married Rita Ramirez, the mother of his two sons, James and Gene. They lived in Twentynine Palms, California, raising their family and working as educators in the Morongo Basin High Desert for over 30 years. John was employed as an English teacher and coach at Twentynine Palms High School for over a decade. Later, after having earned a counseling credential from Northern Arizona University in Flagstaff, Arizona, John served as an Attendance Counselor for the Morongo Unified School District. He was the assistant principal of Twentynine Palms Junior High School before retiring in 2002.

John was a lifelong fan of the Dallas Cowboys, the most successful NFL team to emerge in the South. He had a penchant for country music and enjoyed line dancing at a variety of local organizations in Monterey County. John had been a Methodist his entire life and he found a new home at the Salinas First United Methodist Church when he moved to Salinas in 2006.

John is survived by his sons, James Joseph Dean and his partner Fil Lacap of San Francisco, California; Gene Kenneth Dean, his wife Freda Antoine, and their daughter Olivia of Los Angeles, California; his brother Ken Dean and his wife Helen of Salinas, California, as well as his former wife Rita Ramirez of Twentynine Palms, California.

John will be remembered for his gregarious nature and love of life, his all-around athletic ability, passion as a coach, and for the gift of being able to make fast friends of people every place he lived and worked.

A memorial service and celebration of life will be held on September 11 at 2:00 pm at Salinas First United Methodist Church 404 Lincoln Ave., Salinas. Memorial contributions may be made in John’s name to the American Society for the Prevention of Cruelty to Animals (ASPCA).

To send flowers to the family or plant a tree in memory of John Dean, please visit Tribute Store