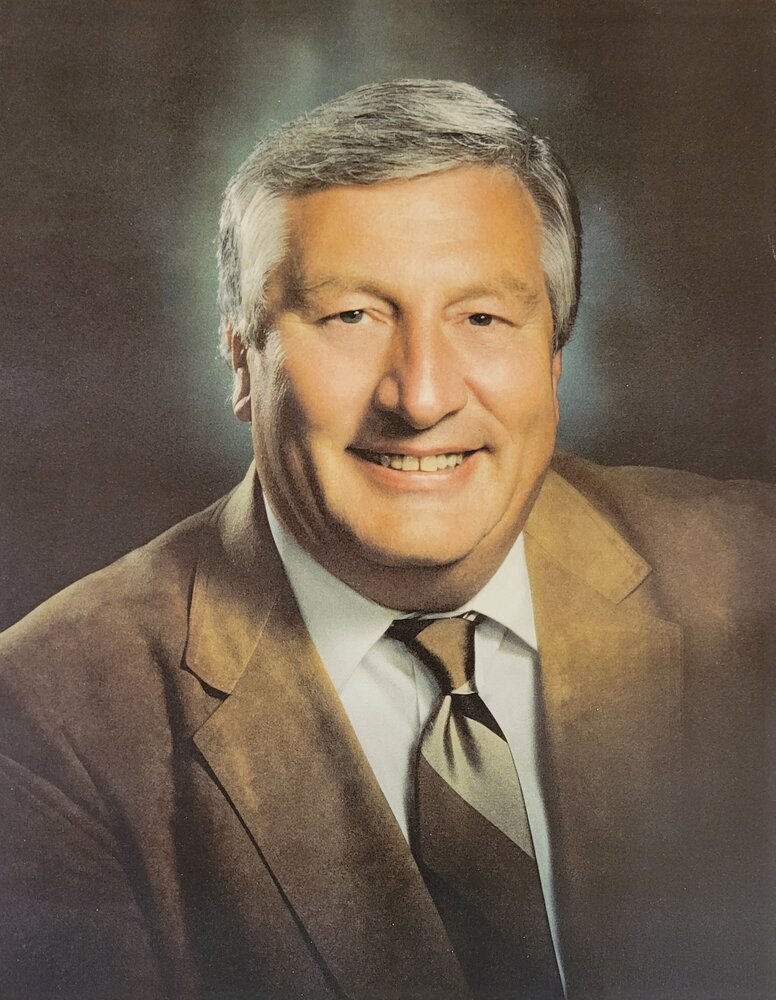 Herschell Smith passed away peacefully of natural causes on February 13, 2022, with his loving children at his side. He was 89 years old.

Herschell was born on April 18, 1932, in Boulder City, Nevada, the son of Beverly and Herschell Smith. His father, Herschell, was working on the construction of the Hoover Dam for the CCC. He was the first baby born at the hospital there, which was built for the Dam workers.

Herchells’ family subsequently moved to Donnelly, Idaho, where he was raised on the family farm. It was a challenging time, of which he had fond memories. From that upbringing, grew a work ethic that lasted his lifetime and propelled him into an amazing professional career.

Herschell began his career in the food industry in the 1950’s, working for Birds Eye foods. He earned notoriety for settling a labor dispute. He was next assigned to Italy, where he set up a Birds Eyes packing plant, outside Rome.

He worked for many of the leading companies in the frozen food industry over his career, including Simplot, Green Giant, Alameda Frozen Foods, Dennis Sales, Ltd., Vista Food Sales and Freeport Cold Storage. Through his hard work and business acumen he rose to executive management levels at each. Herschell was a true innovator. While at Alameda Foods, he decided to take the disposable ends of diced carrots, run them back through the peeling process and the “baby whole carrot” was born.

Herschell loved playing golf and was a decades long Member of Corral De Tierra Country Club where he served as President. He was also involved in many civic and professional organizations, always giving freely of his time to help a worthy cause.

Although an accomplished businessman, Herschell was a better family man. He married, the love of his life, Marlene Steneck on New Year’s Eve, 1960. They were wed for 61 years, until her passing on November 22, 2021. They shared an amazing life together. They co-owned Royal Globe Travel and due to its success they were provided the opportunity to travel the world together. They missed few destinations and created amazing lifetime memories of their adventures and journeys.

Herschell was a wonderful father to his three children Rochelle, Stuart and Meredith. Whatever activity they were involved in, he was there, making sure they got to practices, track meets, music lessons, the list was endless. Herschell was a gifted conversationalist and story teller, with an amazing wit and sense of humor. After you spoke to him, you were always left with the gift of a laugh and smile. He adored his 5 grandchildren. As innovative as Herschell was as a professional, his most imaginative inventions were created at home. They were simple and practical things. Walking through the door, each grandchild would want to see his latest invention with enchantment in their eyes. As excited as they were to see them, he was happier to share his latest creation.

We are so saddened as a family to have lost Dad, also affectionately known as “Joey” and Ma just before him. We are happy and relieved they are together again, resting comfortably in peace and love. You are forever in our hearts. We love and miss you.

Herschell is preceded in death by his wife Marlene Smith, his parents Herschell and Beverly Smith, and his brother Kemp Smith. He is survived by his brother Arvin Smith and his sister Diana Rose, his three children, Rochelle Smith, Stuart Smith, and Meredith Smith, and his five grandchildren, Justin, Aidan, Brynn, Francesca (Dolly) and Greyson.

A special thank you to Ema Luame, our parents caregiver over their last year. You are amazing in every way.

Dad's wishes were to have a private family ceremony upon his passing. In lieu of flowers, please consider a donation to your favorite charity on his behalf.

To send flowers to the family or plant a tree in memory of Herschell Smith, please visit Tribute Store

Share Your Memory of
Herschell
Upload Your Memory View All Memories
Be the first to upload a memory!
Share A Memory
Send Flowers
Plant a Tree