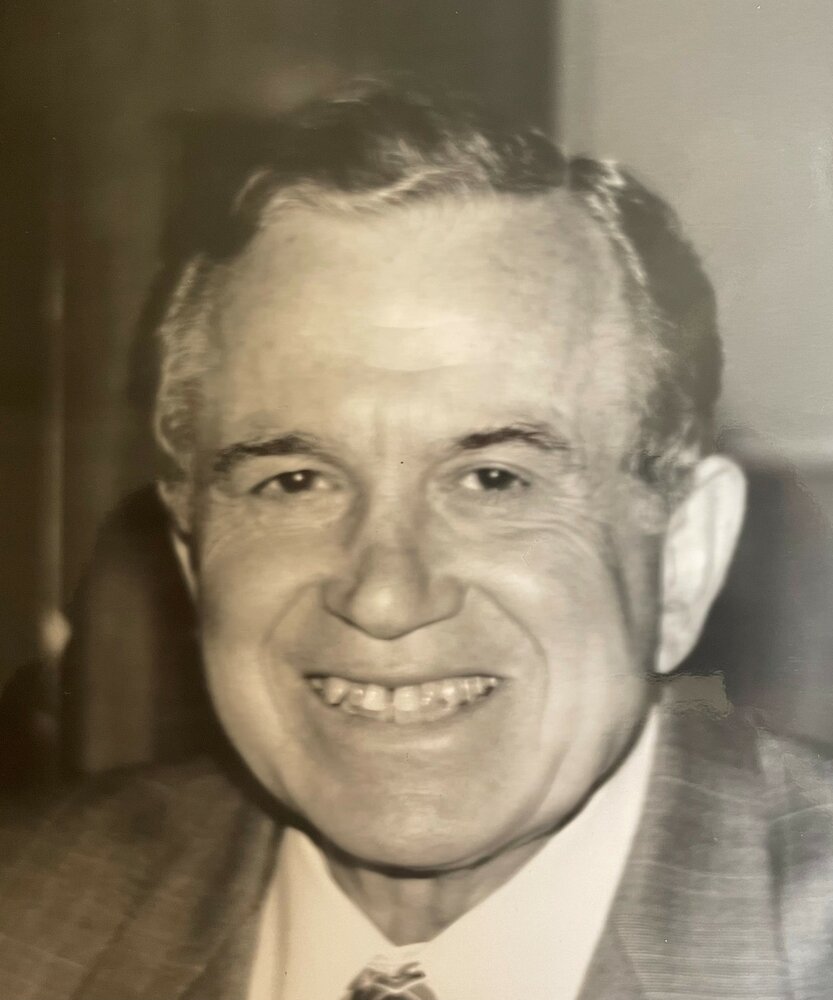 Ted was born, raised, lived and worked the entirety of his life in Salinas, save for his service during WWII and attending college and law school. Salinas was a city that he was extremely proud to call ‘home’. Much like his father before him, Ted walked the streets of OldTown Salinas daily for approximately 85 years, and could be found going into his law office every weekday until the age of 96.

Born the son of Greek immigrants, Harry & Helen Cominos (both of the island of Kythera), Ted grew up working in the family business (the Cominos Hotel Bar & Grill) before being drafted into the armed services. He attended Lincoln Elementary School, Washington Jr High School, and Salinas High…before going on to graduate law school from the University of San Francisco.

Three beloved siblings have preceded him in death – Nick, George and Sophie. And he is survived by his son and daughter, Ted Jr and Julia Cominos…three grandchildren (Anya, Kyra and Sara)…and his loving brother Andy Cominos. Ted’s devotion to his sizable family was deep….and reflected in his regular breakfasts with his parents…gin rummy sessions with his brother George…treasured (weekly) dinners with his beloved brother and sister-in-law Andy & Marilee Cominos…. holiday ‘Greek Easter’ gatherings with his extended family…and spending time with his children and grandchildren.

After passing the California State Bar in the early 1950’s, Ted hung his first shingle in the old Crocker Bank Building, where his (retired) father served as his first secretary. Over the many years that he practiced law, Ted formed successful partnerships and mentored scores of attorneys who went on to achieve notable success throughout Monterey County. He took great pride in being an attorney and genuinely loved to ‘help’ people when he could in that role.

A founding member of the Corral de Tierra Country Club (member no. 37), Ted could often be found with friends pursuing one of his two other passions - golf and gin rummy. Of particular note were his deep friendships with Dr Jimmy Farr and Henry Hibino, with whom Ted shared numerous golf travels and many (many!) hours of gin rummy. Bringing these two loves together, Ted hosted the ‘Cominos Invitational’ Golf and Gin Rummy tournament in Lake Tahoe for a number of years…with friends and family creating great memories.

Ted was also well travelled (another pleasure of his) and visited Europe, Australia, and Asia…from where he always took the time to send a humorous fax or letter back home to his colleagues and family. He also liked to spend time in Cabo San Jose, with friends and family, taking in the sun (and more golf and gin rummy!) at Unossipo.

Ted Sr was always young at heart. He lived a full and rich life…and left us with great messages about how to go about doing so ourselves…‘Do the right thing’…’It’s all about attitude’… ‘Always do the best you can’…“Everything in moderation”.

A memorial service celebrating Ted’s accomplished life will be held at the Corral De Tierra Country Club in Salinas, CA on Sunday, July 31 between 12-3pm.

To send flowers to the family or plant a tree in memory of Theodore Cominos, please visit Tribute Store

Share Your Memory of
Theodore
Upload Your Memory View All Memories
Be the first to upload a memory!
Share A Memory
Send Flowers
Plant a Tree