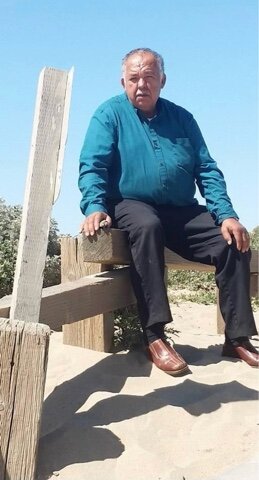 Marcos Campos Jaquez, passed away on Friday, June 10, 2022, at the age of 71. He was surrounded and supported by his loving family during the last day of his life.

Marcos was born on April 25, 1951, in San Juan de Camarones, Durango Mexico, to Librada Campos Jaquez and Roberto Jaquez. He was raised in Sinaloa, Mexico. His parents both passed away when he was a young child. Marcos was raised by his loving aunt, Agapita Jaquez, uncle, Encarnacion Jaquez, uncle Paulino Jaquez, and aunt Isabel “Chavela” Vega deJaquez.

Marcos arrived in the United States from Mexico at the age of 20. He was a farm laborer, worked in Washington, and eventually settled in Salinas, California. He continued working in the Salinas Valley as a farm laborer for approximately 28 years until his retirement.  Marcos was blessed with a large and loving family. He met and married, his beautiful wife, Maria Socorro Jaquez in Salinas, California. Marcos and his wife raised their three children with love, discipline, a strong work ethic, and humility. His wife and family ventured into the food business and established a local hot dog stand which became a staple in the community. Marcos supported his family’s hot dog stand, would often stop by, and would engage in conversation with customers, with some of whom he developed long-lasting friendships.

Marcos had a great sense of humor and was a prankster. He always had a funny thing to say that would catch you off-guard and make you laugh. Most importantly, he enjoyed being a father, and a “Tata” to his grandchildren and spending time with them. He was tall of stature, but he was a big Teddy Bear, kind and always generous, lending a helping to those in need.

He is preceded in death by his brother, Encarnacion “Chon” Jaquez, his sisters, Felicita “Licha” Jaquez and Margarita Jaquez; and his parents.

Marcos will be dearly missed by his family and loved ones, but will forever live in their hearts and they will continue his amazing legacy, never to be forgotten.

A Prayer Service at the Mortuary Chapel will be held Monday from 1 - 2 PM.

Celebration of the Funeral Mass will be held, Tuesday, 06/21/2022 at Sacred Heart Catholic Church beginning at 9:30 AM.

Burial will follow at the Garden of Memories Cemetery, Salinas

To send flowers to the family or plant a tree in memory of Marcos Jaquez, please visit Tribute Store

Share Your Memory of
Marcos
Upload Your Memory View All Memories
Be the first to upload a memory!
Share A Memory
Send Flowers
Plant a Tree