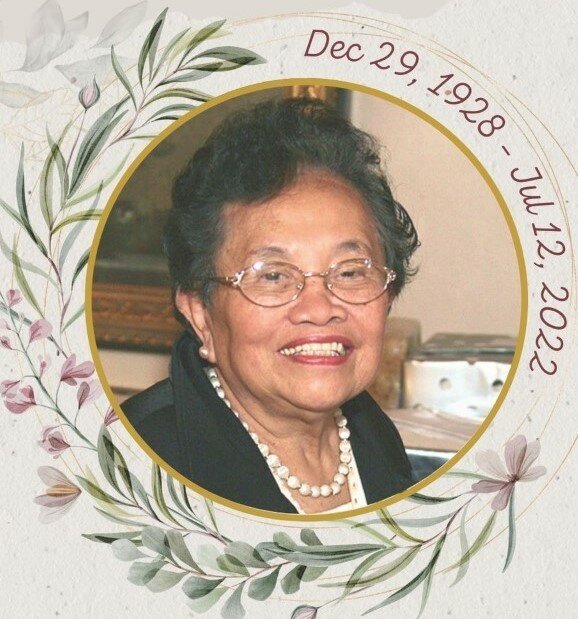 23 Great-Grandchildren and 2 more on the way

Cresencia was born on December 29, 1928, to Polencio Fernandez and Pedila Tiros in Aiea, Honolulu, Hawaii. She had two unknown siblings. At the age of three years old, her parents brought her back to the Philippines where she grew up and started her own family. She resided in Macabayo, Jiminez, Misamis Occidental and then moved to Plaridel, Cotabato City. In 1986, along with her husband, she migrated back to US where she resided in Salinas and worked on a farm. She was a hard worker and an industrious mother, with the goal of bringing all her children and grandchildren to the U.S.

Her hard work paid off because in 1995, She brought her children and grandchildren (total of 27 individuals) to the US to live in Salinas, California. She was the happiest mother and grandmother. Cresencia was the matriarch of a large family, leaving behind four children, two daughters-in-law, 21 grandchildren, 13 grandchildren-in-law, 23 great-grandchildren: 2 coming, all live in the USA.

She was a dedicated, faithful servant of Jehovah. She was baptized in the Philippines and later associated with the Salinas Tagalog congregation now known as Creekbridge Tagalog. Cresencia was regular at congregation meetings and was active in her Christian Ministry. Even during the pandemic, she continued to regularly attend her meetings through Zoom. She did try her best to instill the truth that she dearly loved to her family.

A granddaughter, now a faithful servant of Jehovah, mentioned that she remembers her grandmother when she was young because her grandmother often returned to the Philippines for vacation. She taught them the Kindom Song, “God’s Promis of Paradise”, and it is the first Kingdom Song this granddaughter learned. Until now, it is instilled in her granddaughter’s mind. She really loved Jehovah and that love never faded away until her passing.

We will surely miss Cresencia and are comforted that she is now resting peacefully in Jehovah God’s memory. We look forward to seeing her resurrected to enjoy earthly paradise in a perfect health. (john 5:28, 29)

To send flowers to the family or plant a tree in memory of Crescencia Malolot, please visit Tribute Store
Monday
18
July

Share Your Memory of
Crescencia
Upload Your Memory View All Memories
Be the first to upload a memory!
Share A Memory
Send Flowers
Plant a Tree