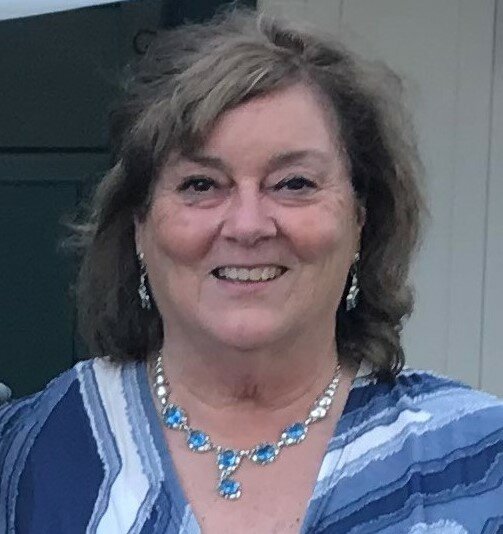 Diane Ardene Johnson, 74, passed away peacefully on Friday September 9th with family at her side. Diane was born in Port Angeles, Washington on June 23, 1948. Her family moved to Salinas when she was entering kindergarten. Diane attended North Salinas High School graduating in 1966.

After her graduation from high school, the family moved to Tigard, Oregon where Diane attended Portland Community College-Sylvania for two years.

Retuning to Salinas in 1968, Diane went to work for the Monterey County Public Works Dept. as a receptionist-dispatcher. Diane was a member of the Chamber Ski Club and on a club outing, she met her future husband on the ski slopes at China Peak. Diane and Richard (Dick) were married at Sacred Heart Church on December 12, 1970. This December would have been their 52nd wedding anniversary.

Diane left the Public Works Dept. to start a family in December of 1972. Diane and Dick welcomed Kristine in December 1972, Bryan in July 1974, and Michael in September 1975.

Diane returned to work with the Monterey County Sheriff’s Office located on West Alisal Street on Oct. 2, 1978, where she retired on December 25, 2021, after 43 years. Diane served eight Sheriff’s during her career. Diane assisted in the Department’s move to their new building on Natividad Rd. and on July 28, 1990, she moved to the Corner’s Division where she remained until her retirement. She was the first to greet grieving families, provide support, and information to them. Diane always made them feel comfortable while visiting the Coroner’s Office.

During her career at the Sheriff’s Office, Diane was a leader of the Sheriff’s Explorer Post, especially during the Pebble Beach Golf Tournaments, Laguna Seca Races, Monterey County Fair, and many trips including Washington DC. She was a member of the Deputies Benefit Assn. where she chaired the annual retirement luncheon. She was a member of the Deputy Sheriff’s Association and the Department’s unofficial historian.

Diane was active with her children, especially during their years at North Salinas High School. She was president of the FFA Booster Club while her children showed rabbits, pigs, lambs, and steers. She was supportive of the band and attended their competitions. She attended most of their sporting events; you knew she was present as she was cheering the loudest.

Diane was well known as a shopper. She was generous and enjoyed taking her grandchildren on many exciting shopping adventures, especially for their birthdays.

Diane was preceded in death by her parents. She is survived by her loving husband Dick, her children Kristine O’Dell (Ralph) of Springville, CA, Bryan (Shawna) of Salinas, CA, Michael (Amanda) of Gilroy, CA and grandchildren, Kendall, Audra, Bryce, Adalene, Micaela and grandson arriving soon.

Private family services will be held on Wednesday September 21st with public gravesite services at 11:00 am at Garden of Memories with a Celebration of Life following at 12:00 (noon) at the Sports Complex (1034 North Main Street).

To send flowers to the family or plant a tree in memory of Diane Johnson, please visit Tribute Store

Share Your Memory of
Diane
Upload Your Memory View All Memories
Be the first to upload a memory!
Share A Memory
Send Flowers
Plant a Tree