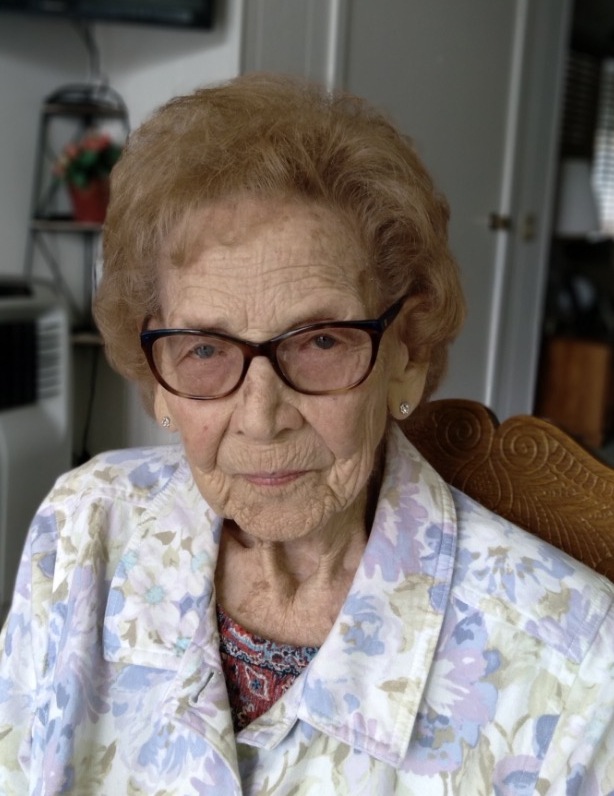 Lucille was born in Wilburton Oklahoma, the youngest of 6 children born to Tony and Maude Moore (Manning). She and her two children, Larry and Linda, moved to Salinas in 1950 to join her parents and siblings. She found work in the produce sheds in the Salinas area where she met and married Norman Burditt and gave birth to two more children, Norma and Roger. Together they raised their family and enjoyed life in Salinas. Upon retirement they moved to Carson City, NV. where she and her husband enjoyed long rides watching deer and wild mustangs run free,  Their home in Carson City hosted  many wonderful family gatherings where most of us first experienced snow. Lucille and Norman spent 46 years together before his passing in 2004. She later moved to Chico, CA before returning to her beloved Salinas Valley.

Lucille's greatest joy was spending time with her family.  She loved everything, especially when it involved her grandkids or great grandkids.  Whether it was  playing with dolls, attending sport events, motorcycle races, dance recitals or watching the same Disney movies over and over again, she loved it all. She was a long-standing member of the First Salinas Free Will Baptist Church on Old Stage Road, and considered the long time friendship of its members her extended family, and loved them all dearly.

She was a wonderful wife and loving mother to her children. She cherished her family and friends and was loved by all who knew her. She will be sorely missed.

To send flowers to the family or plant a tree in memory of Lucille Burditt, please visit Tribute Store
Saturday
17
December