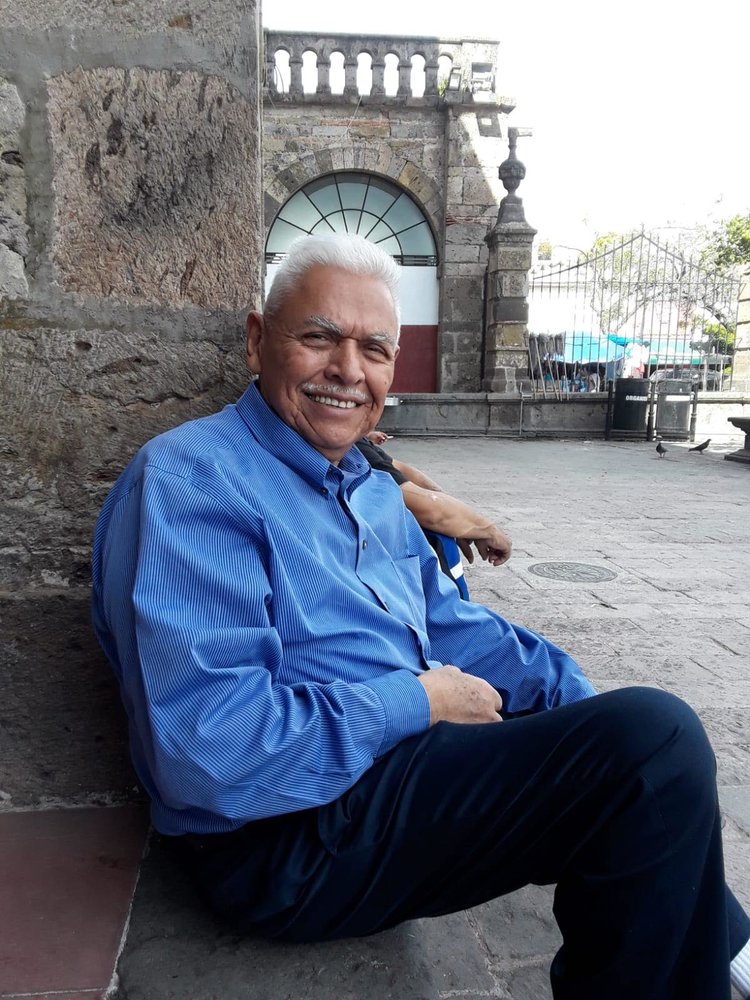 Mr. Salvador Briseno Morales, 73, of Salinas, California, passed away on April 24, 2021 at his home in Salinas,California.

Mr. Salvador Briseno Morales was born in Guadalajara, Jalisco, Mexico to his parents, Salvador Briseno and Vicenta Morales. In 1969, he met and married the love of his life, Victoria Briseno Armenta, who he met at a family gathering in Pacific Grove, CA. Mr. Briseno worked as a train engineer in Mexico, and then as a driver when him and his family moved permanently to Salinas. He was a gifted singer and musician and performed in many venues and family gatherings. His outgoing and energetic personality, along with his sense of humor, filled up any room.

Mr. Briseno is preceded in death by his parents, Salvador Briseno and Vicenta Morales; his brother in law, Chon Armenta, and sisters-in-law, Teresa Armenta and Martha Chavez.

The family of Salvador Briseno Morales wishes to extend our sincere thanks to all our family and friends that have reached out to offer support and help in honoring him.

Funeral services will be held at 11:30 a.m. on Friday, April 30th, at Queen of Heaven Cemetery in Prunedale, CA.

To send flowers to the family or plant a tree in memory of Salvador Briseno, please visit Tribute Store

Share Your Memory of
Salvador
Upload Your Memory View All Memories
Be the first to upload a memory!
Share A Memory
Send Flowers