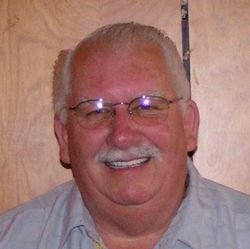 A 1959 graduate from Salinas High School, Robert enlisted in the U.S. Navy where he proudly served until 1965, as a sonarman and electrical repairman. He later became a union journeyman electrician with IBEW. Robert had a passion for bowling, in which he scored a perfect game of “300.” He also loved watching football, being a diehard San Francisco 49ers fan. After his retirement in 1999, he became active with Sons in Retirement, holding several leadership positions. His family and friends will miss his subtle sarcasm, great sense of humor and warm smile which were cornerstones of his personality.

No services are planned. Interment will be at Garden of Memories in Salinas. In lieu of flowers, the family suggests that donations be made to the American Heart Association.

To send flowers to the family or plant a tree in memory of Robert Earl, please visit Tribute Store