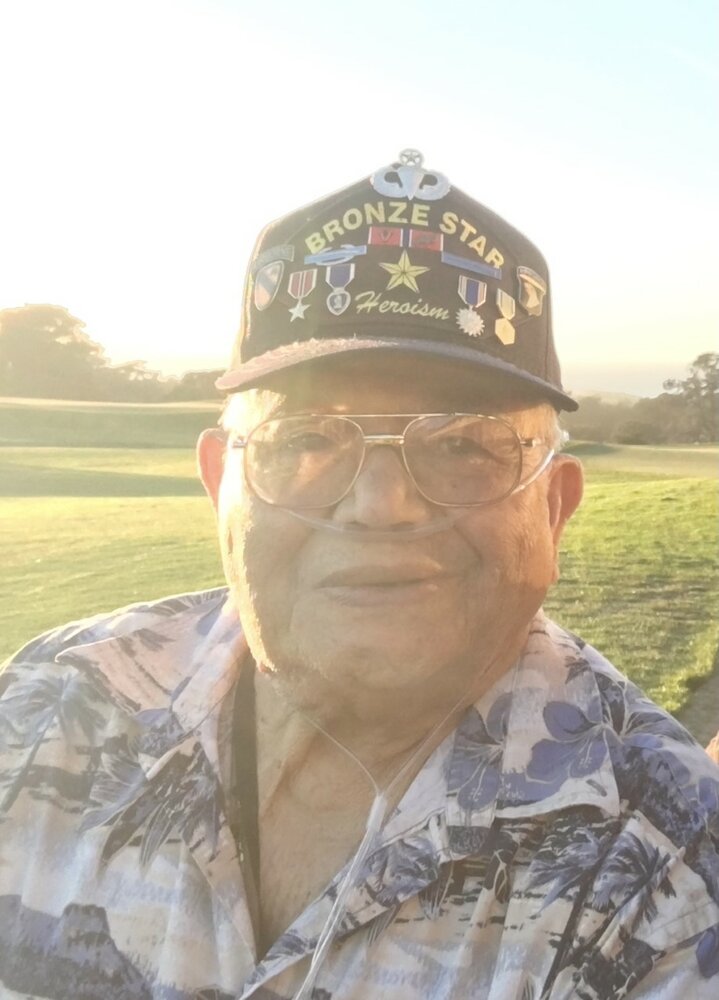 Joaquin Alfredo Reyes Duenas, Sr. (Al) took his final breath on October 25, 2021 at the age of 84. Al passed away with his loving wife Maria Teresita Guerrero Duenas by his side.

Al was born in Agana, Guam on May 11, 1937, to father Francisco C. Duenas and mother Guadalupe R. Duenas. The oldest of 11 siblings, Al paved the way for his loved ones and joined the United States Army at the tender age of 17. Three years later, Al met Maria Teresita and they were destined to wed on August 6, 1960.

During 21 highly decorated years of active service in the military, Al earned his rank of Platoon Sergeant, two Purple Hearts, multiple Bronze Stars, a Bronze Star with "V" device and he became a distinguished Jump Master and Master Mechanic, proving to be a heroic jack of all trades and a master of many. Toward the end of his military career, Al was stationed in Fort Ord, California. Following his retirement, he earned his Community College Teaching Credentials and taught diesel mechanics at a local trade school. Al, his wife Maria and their children set roots in nearby Salinas, CA.

Friends and family are invited to join the Duenas family at the following:

To send flowers to the family or plant a tree in memory of Joaquin Alfredo Duenas, please visit Tribute Store

Share Your Memory of
Joaquin Alfredo
Upload Your Memory View All Memories
Be the first to upload a memory!
Share A Memory
Send Flowers
Plant a Tree