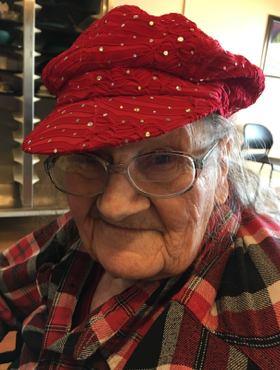 Mary Ann worked for various produce companies during her working years, then became a homemaker and caregiver for many of her beloved grandchildren. Mary Ann enjoyed helping other people and making them smile. She loved to sit in the sun and just “Be”.

She enjoyed each new grandchild as they came in to this world, and Christmas-time with them as young children was a special time for her. KFC on Christmas Eve night became a tradition still followed by many of them today.

She is preceded in death by her husband of 57 years, Coley Crocker Sr., son Willard Crocker, and twin sister Anna Marie Pearcy.

Mary Ann was a member of Madonna Del Sasso Church in Salinas, CA.

A private family service will be held followed by a burial at Queen of Heaven Cemetery.

To send flowers to the family or plant a tree in memory of Mary Crocker, please visit Tribute Store

Share Your Memory of
Mary
Upload Your Memory View All Memories
Be the first to upload a memory!
Share A Memory
Send Flowers
Plant a Tree