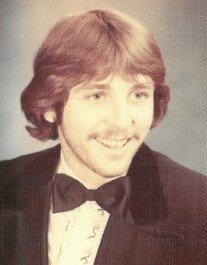 William Allen Sincerbox, 55, passed away at Natividad Medical Center on December 25, 2021 after a short illness.  He was born at Salinas Valley Memorial Hospital May 7, 1966 to Larry and Patricia Sincerbox of Prunedale.  He remained in the Salinas area all of his life.

William was a member of the first graduating class of North Monterey County High School in 1984.  He enjoyed motorcycles and rode on cross country trials and in the Hollister Hills.  He also built a Go Kart and did some Kart racing.  His best friend, Willie Perez, sparked his interest in fishing, golf, and pool.  Stella Cerecedo was his companion through many facets of his life. Most important to William was being a grandparent to her grandchildren.

William is preceded in death by his paternal grandparents, Joseph and Stella Sincerbox, and his maternal grandparents, William and Virginia Logan.  He is survived by his father Larry Sincerbox of Prunedale. His mother, Patricia, sister Connie (Larry) Hedberg, a niece, Evelyn Hedberg, all of upper Michigan.  He has an aunt, uncle, and cousins, all from upper New York area.

A "Celebration of Life" will be scheduled at a later date.

To send flowers to the family or plant a tree in memory of William Sincerbox, please visit Tribute Store

Share Your Memory of
William
Upload Your Memory View All Memories
Be the first to upload a memory!
Share A Memory
Send Flowers
Plant a Tree