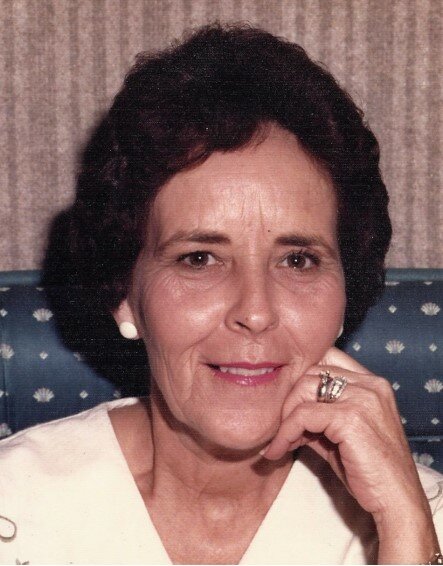 Euphama M. Sanders, 88, passed away peacefully on Saturday, May 7, 2022, surrounded by the care, comfort and love of her family. She was born in Douthat, Oklahoma, on April 19, 1934. In the late 1940s, Euphama’s family moved to the Salinas Valley where she attended Spreckles School and graduated from Salinas High School. It was during high school that she met the love of her life, Cecil, whom she married on August 7, 1953. Euphama and Cecil spent their lives working and raising their family in Salinas.

Euphama worked as a bookkeeper for many years and later as an instructional aide for El Gabilan Elementary School for nearly thirty years. She was active in community organizations such as Cub Scouts and the PTA. She served as president of the PTA and earned a Founder’s Day award for her dedication to the students. Euphama was always one who could be counted on to lend a helping hand to others when needed.

Having been raised in a very close-knit family, Euphama took much joy in family activities, such as planning holiday dinners with her mother, Opal, and her sister, Deloris. She also enjoyed family vacations to Disneyland, Hawaii, and national parks as well as camping. Euphama loved to follow sports, especially her favorite 49ers. She was an avid reader of fiction, particularly detective stories. Euphama loved to crochet and embroider, creating beautiful items for her family and friends. Perhaps most of all, she adored her grandchildren who were the “apples of her eye.”

She is preceded in death by her husband of 63 years, Cecil Sanders; her mother and father, Opal and Everett Woods; and her sister and brother-in-law, Deloris and John Gill.

To send flowers to the family or plant a tree in memory of Euphama Sanders, please visit Tribute Store

Share Your Memory of
Euphama
Upload Your Memory View All Memories
Be the first to upload a memory!
Share A Memory
Send Flowers
Plant a Tree